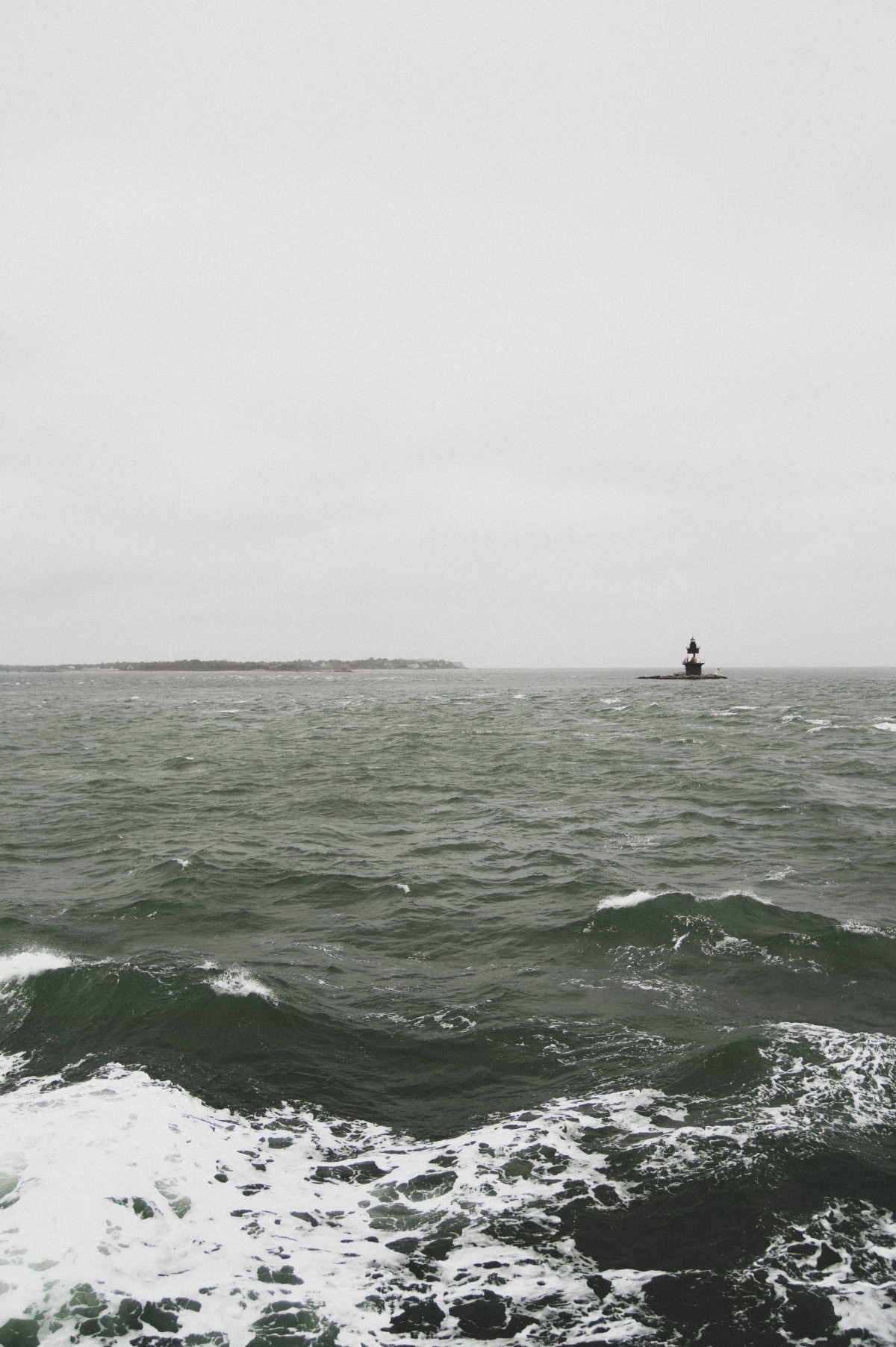 The following contains spoilers for The Lighthouse.

Robert Eggers, who made his directorial debut with The Witch in 2015, wrote and directed The Lighthouse, starring Willem Dafoe and Robert Pattinson as Thomas and Winslow, respectively. In this film, the pair are lighthouse keepers who become stranded and lose their minds waiting for their escape. No two actors are better suited to portray such absurd characters.

Watching this scene, I thought of the cyclical nature of this shot — the changing of the guard. I expected the film to end with a similar shot. As the movie got moving, I lost sight of that expectation of leaving. So did Thomas and Winslow.

The beginning of the film has very little dialogue, but the repetition of the nightly meals begins to illustrate their down spiral.

Several nights in a row, Winslow refuses a drink. When they come to the last night before they were to leave, he agrees to drink. The next morning, a storm has arrived and their relief is nowhere to be found. They resume their duties and Winslow begins to hallucinate, seeing a mermaid in addition to the body of a man he murdered in his previous job.

Though Thomas seemed to be the insane one at the start, Winslow quickly descends to meet him there. Now stranded on this island, the two have lost their food rations and are only left with booze.

Their relationship is a pendulum with the one consistent being the homoerotic tension. On one end of the pendulum is drunkenly embracing in a slow dance as they sing. On the other is physical violence and trying to kill each other.

As the drinking gets them talking more, Winslow complains about Thomas’s cooking. “If there was steak here, I would f*** it,” says Winslow. (A line perfectly delivered.) Upon hearing Winslow’s objections to his cooking, Thomas spends a few minutes loudly putting a curse on him.

Winslow, dying to see the light itself, tried to kill Thomas in his sleep in order to get the key. It doesn’t work. The film is a succession of power plays and confrontations.

Towards the end of the film, Thomas says, “How long have we been on this rock? Five weeks? Two Days? Help me to recollect.” The pacing of the film is so intentional that we as viewers begin to ask ourselves how long we have been sitting in the theater. The quiet moments of the beginning perfectly crescendo to meet the chaos of the end.

Sometimes you just need a really f***ed up movie with a strong personality to jolt you.

The Lighthouse is that movie.